Priyesh here, signing in as ESR9 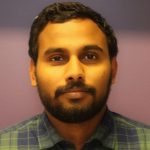 I am an Electronics enthusiast, addicted to the burning smell of capacitors and the heady fumes of Solder! I love building things-hardware, coding and troubleshooting. And, I am a postgraduate from the Indian Institute of Technology (IIT) Delhi with MS (Research) in Telecommunication Technology and Management. During the research at IIT Delhi, I was associated with many projects that demonstrated the potential of low power networks and connected Embedded Systems. One of the notable projects I had worked on was the development of a wireless sensor network for monitoring the activities and health of cattle in dairy farms. Plus, my master’s thesis was an investigation on the Topology Control in Wireless Sensor Network. After stepping out of IIT Delhi in 2017, I co-founded Aquasense, a water technology startup where I was indulged in solving challenges in real time monitoring of groundwater reservoirs in India. The work eventually led to a compact acoustic sensor that can sense the water level in bore wells as deep as 300 ft, and the sensor could connect to the internet to provide remote access to the data and sensor.

My PhD work at the FutureArctic ITN would mainly focus on two major components- the design and deployment of an “Ecosystem of Things” in the research sites in the (sub) the Arctic region which would produce enough data for my fellow colleagues to churn up. And, the development of tools that would assist in ensuring the autonomous and stable operation of the Ecosystem of Things. The beauty of the low power networks is that it can make anything and everything connected with the internet. Every single “thing” becomes accessible around the globe. However, adopting this technology into a real-life application is many times a notoriously difficult process. I have witnessed devices working perfectly in the lab environment failing miserably in the field! All sorts of constraints around- limited power, space, computation, and a very low power radio. While working with such systems I always
curious about once thing, what will happen if a connected system just fails to connect?! Especially if it is installed at a place miles and miles away from you. The only option is to reach out to the device and troubleshoot it- an action which takes out too much of an investment in both time and money. Instead, wouldn’t it be nice if we could just sit back in the office and bring the device to live? Another major concern in developing an IoT device is the development time. It is crucial for many small scales industries and startups where lost time is lost money. Many times, due to the lack of standards and agreements on common platforms, the developers are forced to do a re-inventing the wheel process which requires building bottom-up from scratch. Thus to bring the technology of low power networks and IoT into its impeccable state of performance, it is a must that we prepare solutions for these challenges. I envision my research at the FutureArctic to answer these questions and produce tools that would assist in the hassle-free adaptation of the wireless sensor networks and IoT in real-world applications.

Manage Cookie Consent
To provide the best experiences, we use technologies like cookies to store and/or access device information. Consenting to these technologies will allow us to process data such as browsing behavior or unique IDs on this site. Not consenting or withdrawing consent, may adversely affect certain features and functions.
Manage options Manage services Manage vendors Read more about these purposes
View preferences
{title} {title} {title}