Hey everyone! My name is Dennis Metze, I’m from Germany, and I was one of the last students to join the FutureArctic Project. Among several other ESRs of the interdisciplinary network, I will try to contribute to a better understanding of the ecosystem processes at the ForHot site, but with a special focus on soil microbes and their physiology.

I started studying biology because I 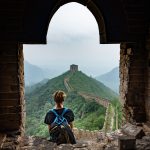 was simply fascinated with nature but also felt a certain kind of responsibility for the human impacts on it. It was these motivations that also sparked my interest in ecology. Throughout a bachelor’s in biology at the University of Freiburg and a master’s in biodiversity, ecology, and evolution at the University of Göttingen, I had the opportunity to explore this field from different angles including behavior, evolution, and molecular biology. However, it wasn’t until my master thesis at the Helmholtz Centre for Environmental Research in Leipzig that I became hooked on microbial ecology. There I was working on the effects of heat storage on the natural microbial community of a shallow aquifer and its capacity to mineralize labile organic carbon using 16S rRNA sequencing and stable isotope techniques.

As ESR 4, I will be working in the Terrestrial Ecosystem Research Group at the University of Vienna. My main focus will be on isolating microorganisms from warmed and control soils at the ForHot site and testing some of their key physiological parameters such as quantifying extracellular enzymes. To this end, I will use the iChip technology, which allows the cultivation of microbes in their natural habitat, as well as different isotope labeling techniques. After having characterized the physiology of single microbial taxa, I will also have a look into their interactions. The outcome of this research will then, for example, facilitate the interpretation of shifts in the microbial community composition.

As a part of the FutureArctic network, I’m excited to meet all of the other members, to benefit from each other, and to create a supportive environment, which makes it easy to collaborate.

Manage Cookie Consent
To provide the best experiences, we use technologies like cookies to store and/or access device information. Consenting to these technologies will allow us to process data such as browsing behavior or unique IDs on this site. Not consenting or withdrawing consent, may adversely affect certain features and functions.
Manage options Manage services Manage vendors Read more about these purposes
View preferences
{title} {title} {title}